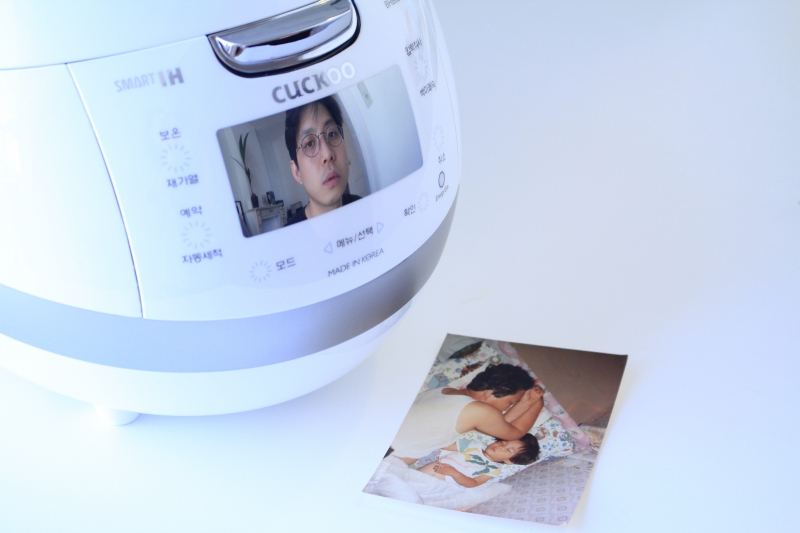 A journey through the last 20 years of Korean history told by a bunch of talkative rice cookers.

In bittersweet and humorous dialogues, Jaha and his clever rice cookers take you on a journey through the last 20 years of Korean history, combining personal experience with political events and reflections on happiness, economic crises and death.

One day when his electric rice cooker informed him that his meal was ready, Jaha Koo experienced a deep sense of isolation. ‘Golibmuwon’ (고립무원) is an untranslatable Korean word expressing the feeling of helpless isolation that characterizes the lives of many young people in Korea today.

Twenty years ago there was a major economic crisis in South-Korea, comparable to the financial crash in the United States and Southern Europe in 2008. This crisis had a huge impact on the young generation to which South Korean artist Jaha Koo belongs. He witnessed many endemic problems including youth unemployment and socio-economic inequality. Rising suicide rates, isolation, acute social withdrawal and a fixation on personal appearance are but a few of the symptoms.

Please note that this performance deals with themes of death and imagery of public suicide.

JAHA KOO (°1984) is a South Korean theatre/performance maker and music composer. His artistic practice oscillates between multimedia and performance, all of which include his own music, video, text and installation. His performances are closely interweaved with politics, history and his own personal issues.

Koo majored in theatre studies (BFA) at Korea National University of Arts and studied at DasArts (MA) in Amsterdam. GuJAHA is the pseudonym of JAHA KOO as a music composer. His most recent EP was Copper and Oyster in 2015.