An Evening with Activist-Artist Steve Lambert 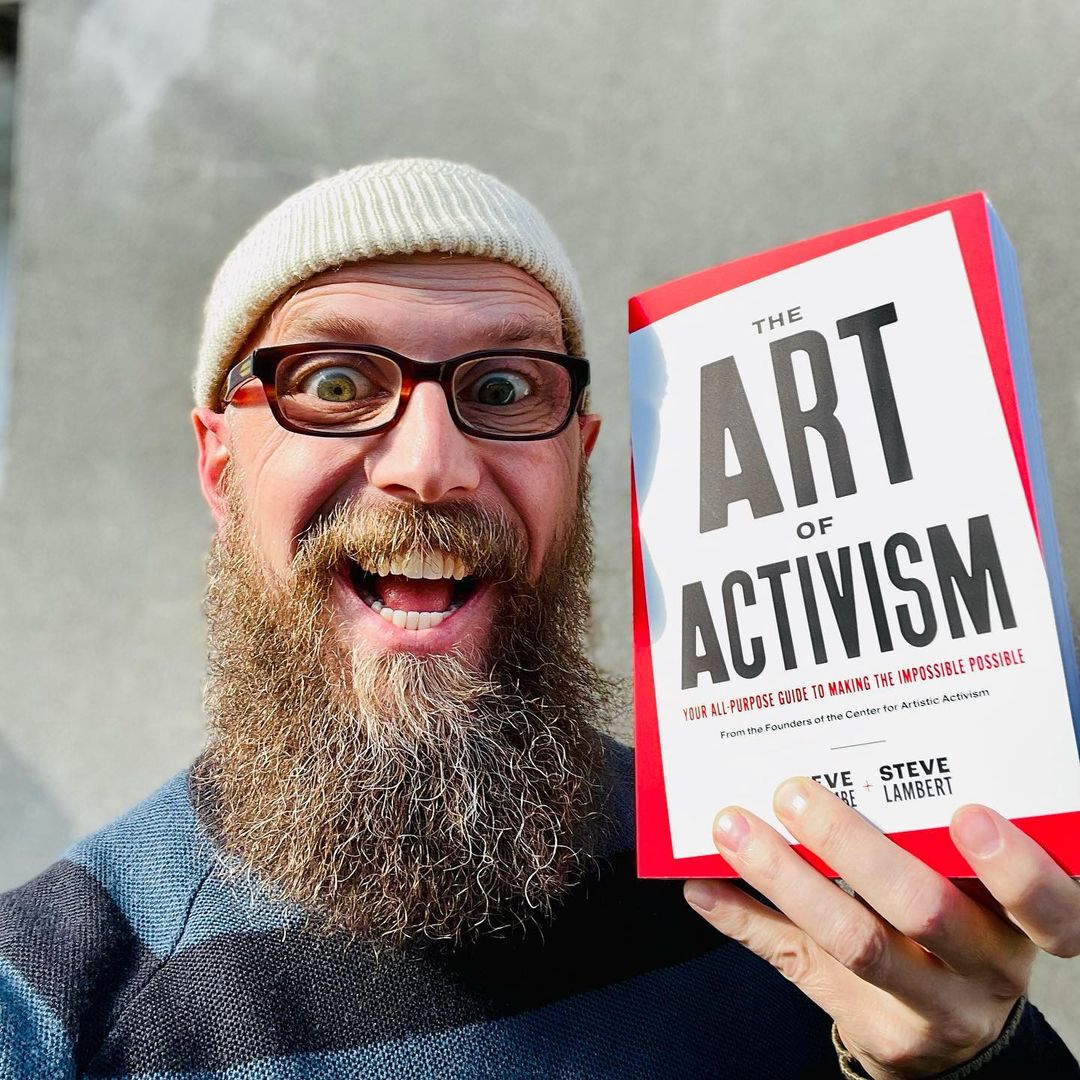 Join activist artist Steve Lambert for a very special artist talk in the Atrium at the Rotary Centre for the Arts.

This event is an incredible opportunity to hear from the creator of the provocative and engaging Capitalism Works For Me! (True/False)  before the interactive installation opens in Kelowna (Jan 26-30, 2022).

This event is free but space may be limited due to health advisories and regulations.

For me, art is a bridge that connects uncommon, idealistic, or even radical ideas with everyday life. I carefully craft various conditions where I can discuss these ideas with people and have a mutually meaningful exchange. Often this means working collaboratively with the audience, bringing them into the process or even having them physically complete the work.

I want my art to be relevant to those outside the gallery – say, at the nearest bus stop – to reach them in ways that are engaging and fun. I intend what I do to be funny, but at the core of each piece, there is also a solemn critique. It’s important to be able to laugh while actively battling the various power structures at work in our daily lives.

I have the unabashedly optimistic belief that art changes the way people look at the world. That belief fuels a pragmatic approach to bring about those changes.

Steve Lambert’s father, a former Franciscan monk, and mother, an ex-Dominican nun, imbued the values of dedication, study, poverty, and service to others – qualities which prepared him for life as an artist.

Lambert has worked alongside over 1400 artists and activists, in 16 countries, on 4 continents helping them use creative means to effect power. Trained in the arts, he is known for large-scale, public projects that engage new audiences on difficult topics through the social science of comedy, games, theater, and democratic participation.

Lambert is the co-founder and co-director of the Center for Artistic Activism, a research and training institute helping activists be more creative and artists be more effective.

As an artist, Lambert’s work has been shown both nationally and internationally, from art galleries to Times Square to protest marches, featured in four documentary films, and over two dozen books, and collected by museums and The Library of Congress. Lambert has presented at the United Nations several times. His research is included in a United Nations report on the impact of advertising on cultural rights, as well as the basis for a book on popular understandings of capitalism.

Over the past five years, he’s focused on working with sex workers on campaigns for human rights, fighting for safe consumption spaces with people who use drugs like heroin and methamphetamine, and working with Treatment Action Group battling pharmaceutical companies over pricing for HEP-C treatments.

He was a Senior Fellow at New York’s Eyebeam Center for Art and Technology from 2006-2010, developed and led workshops for Creative Capital Foundation, co-directs the Center for Artistic Activism, and is an Assistant Professor at SUNY Purchase. Steve is a perpetual autodidact with (if it matters) advanced degrees from a reputable art school and respected state university. He dropped out of high school in 1993.